A downloadable game for Windows

February - April 2013
No additional support provided, game is given as is.

TBT: The Black Tower was a project for a Role Playing Game inspired by some of the most famous J-RPG from the PS1 era, such as the Final Fantasy series. The project storyline was based on the Black Cube series by Simon Mesnard (ASA: A Space Adventure, Catyph) and development of a prototype started in February 2013. The prototype was created by a team of 2 freelancers, Simon Says: Play! and Beckoning Cat, together with a programmer located elsewhere in France. They had been working during their free time for only 3 months, at which point they had created the very early playable build you can download here. As a prototype version, it has a lot of issues (gameplay, dialogues, mispellings, animations...) and a lot of the components of the game were purely temporary. The result may be a bit wonky, but the main purpose of this prototype was to gather a team and initiate a crowdfunding drive. The crowdfunding started in May 2013 but, due to their lack of experience, too high a goal being set, and poor PR, the resulting Indiegogo campaign proved to be a disaster. TBT was subsequently abandoned.

It will be obvious that the project could never ever release in its existing form, and also that we would not be able to re-commence it for as long as we remain such a small team. However, we are also confident that, with the help of The Icehouse indie creator's collective, the project may come back in the future using a different approach. Yet, for now, that is just a dream, and we have taken the decision to share the old prototype version with everyone in order to show and explain what happened! Please read the instructions provided with the game files and enjoy your short visit to the village of Bois together with Yan and Ellana.

Yan is a Forest Ranger who enjoys a peaceful life in the forest of Lutecia. He's currently a trainee under the supervision of Jacob, the old Ranger in Chief. Yan is also the son of a famous astronaut, Philippe Forté, who mysteriously disappeared in space twenty-one years previously. Forté had become a famous hero on planet Terra, as the astronaut who had sacrificed his life during a perilous space mission. In contrast, Forté Junior, Yan, doesn't want to have anything to do with Space exploration, and is happy with his peaceful life in the woods. However one day, when he comes back from a ride in the forest, he discovers a girl who falls from the sky in a cloud of golden particles. His meeting with Ellana will change his life forever: she holds an important clue regarding his father Philippe, a small black die, that proves to be the key to an entirely new world: the Ark spaceship that shelters the mysterious Black Tower...

In this prototype of TBT, Yan, Ellana and Jacob come across bandits in the forest: the Palak'us are a group of wood thieves who destroy the trees for their own purposes. After fighting both them and their terrible machines, Jacob creates a diversion to draw the attention of the bad guys. In the meantime, Yan has escaped with Ellana in the opposite direction, and they safely reach the small village of Bois. However, another surprise was waiting there for them, and the police chief puts Ellana into jail without any explanation. The poor girl spends a night in prison while Yan fights to free her. He discovers that a secret organization under the control of the VIL industries has been sent to recover her mysterious black die. With the complicity of Yan and the Police Chief, Ellana has escaped from prison and the 2 young people made a campfire for the night in the nearby mountains.

On the next morning, they decided to go back to Bois, where they thought there was no more danger. They had to discover a way to reach Jacob and maybe assist him against the Palak'us... This is when the prototype begins.

The game ends when you quit the forest and meet with Jacob, after a dialog with the boss. This scene contains a lot of issues because of its unacheived state of development. When the characters stop talking together, quit the game manually with alt+F4. 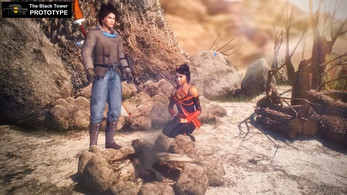 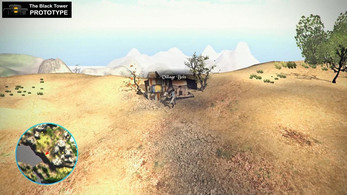 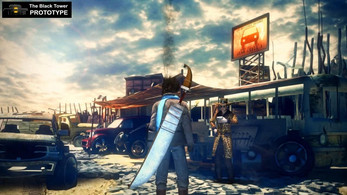 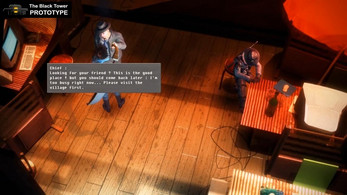 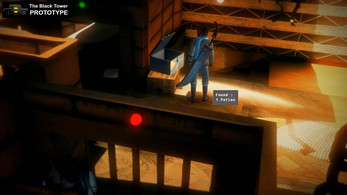 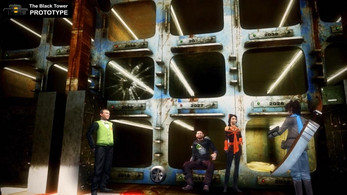 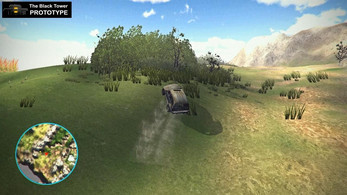 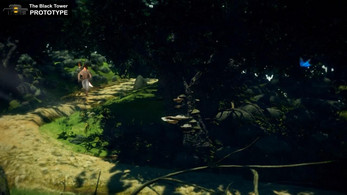