A downloadable game for Windows and macOS

A game by John Carvajal and Simon Mesnard

Eoin takes his magical boat Scuabtuinne to search for a friend, Síomón who is trapped on a small Island in the Irish Sea. The Island is surrounded by mysteries, has perilous cliffs, wild seas, a castle with walls that are impossible to climb. It also has beautiful bays, abundant seafood, and the ordinary people are generous and welcoming.

Eóin - Visually creative, humorous, fun-loving with a sense of mischief. Skilled sailor and warrior. Displaced from his original lands, he battled to regain his ancestral rights. Eóin is a visual artist and bookmaker. He had to leave the lands where he was born, as his family were exiled from the country. He has a natural sense of fun and is also a notorious prankster. His avatar’s skills are in the areas of seamanship and navigation. He is also a very skilled swordsman and has been involved in military conflicts before.

Point and click adventure. We play as Eóin. He will solve various puzzles (unlock path, use devices, gather and use keys/inventory items, talk to NPCs…) in order to progress on the island.

The game was illustrated by hand, on paper with pencil and watercolor paintings, by comics artist John Carvajal. It was developed with Visionaire Studio by Simon Mesnard, who was also the creator of several other indie games in the past (ASA: A Space Adventure, Kitrinos...). The story of Eoin's Quest is based on the "Druidic Project" of Roger Kilroy Talbot, inspired both by Irish mythology and by the current members of The Icehouse collective to which we all belong. The music was composed by Yazorius who also posts his own games here on itchio.

If you liked playing Eoin's Quest, you can buy the paper version of the comics of John Carvajal here:
https://www.radiatorcomics.com/vendor/john-carvajal/
Thank you for your support!

- interact with hotspot: mouse left click (need to be at proximity to see the "!" icon)

- look around/show all hotspots in a scene: H

- use item: pick up item in inventory with left click, release, then move cursor. Left click at destination

Here's the third and final part. Had a lot of fun! Good luck on completing the project :)

Thank you rahnaf13 for playing it, I'm looking forward to discover your videos on the complete game (I hope). Happy end of the year celebrations!

Thank you for making a video! We are glad you liked the game. Thanks for playing!

Here's part 2 of the playthrough. Getting closer to the castle!

This is really great, thanks! It's fun to watch other people play our game. If it becomes too hard don't hesitate to ask me for a tip! contact.theicehouse @ gmail
But you've done well so far, and I think it's more rewarding to end if without help, right? Looking forward to watch part 3!

Thanks! But I already finished it. Gonna edit and upload the third(and probably last) part next week :)

Reply
The Icehouse2 years ago

The dialogue is probably still locked, have you asked everything possible to the Captain? Take a look at the video of Rahnaf to find out more about what to do. I hope you can continue!

Yes I have. I will rewatch the video. Thank you! it's a beautiful game

Truly amazing artwork, and quite an adventure! Here's part 1 of my playthrough:

So many thanks for making this video! I'll be looking forward for the second part :) It seems you had a good time and didn't get stuck with the password, well done!

Had a great time. It did take me a long time to figure out the password but I didn't include myself staring at the rocks for a while in the video :D

Stunningly beautiful art! So unique! I'll give the game a try soon.

Lovely visuals but after 40 minutes and two post-its full of formulas and combinations trying to figure out the letter code... had to bow out. Maybe another try tomorrow will get better results... :)

Ah thanks for playing and for the feedback! Perhaps there is a bug with the password panel? Let's see if others stay stuck.

I used every possible combination of the letters that correspond to the 4 symbols you see and nothing worked, very stuck also. Not sure if I'm missing something.

Well then there is probably an issue that prevents the code from being accepted. Honestly it's not a very complicated password to find, so I'm sure you already tried the good one. It's a shame, I tested it several times during the Jam and it always worked well for me. I will try to post an update to fix it after the end of the voting period. Thanks for playing it!

oops I've found the bug! I made a mistake in writing the words on the rocks. Please replace North star with north Star and it should work.
That will be fixed in the next update! 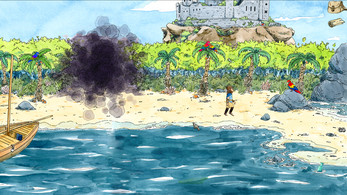 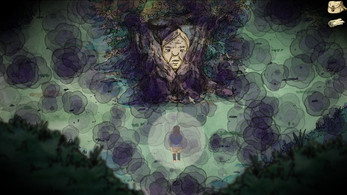 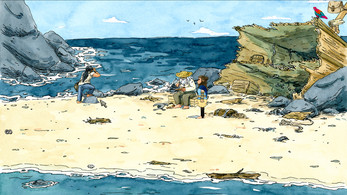