I hope some of you have been curious to learn more about Boinihi: The K'i Codex. I have attached to this message a new gameplay video created by Youtuber Andrea Pannocchia, that shows the first minutes at the beginning of the game. This is quite a peaceful/slow beginning as you have to discover the surroundings and story. It's the first time for the hero astronaut to set foot on this moon, and a few strange events seem to happen, with a mysterious yellow ghost. In addition, he was out of water and food supply, so that's another good reason to take a tour of this small lake!

A few words on the Game Design

In addition to this new video, I would like to give more details about the History of the game, how I designed it, the tools I used and the process that I followed...

Boïnihi was started in 2016 following the Myst Game Jam (which gave birth to Myha), just after the end of development of Catyph. I had a bit of free time before the final release of Catyph in May, and some ideas that I wanted to explore. At the same period I also discovered the Voynich manuscript and thought it was really a fascinating thing, and started to wonder how I could use this kind of mysterious book in a game.

The original manuscript of Voynich, a very old book that has still not been translated: 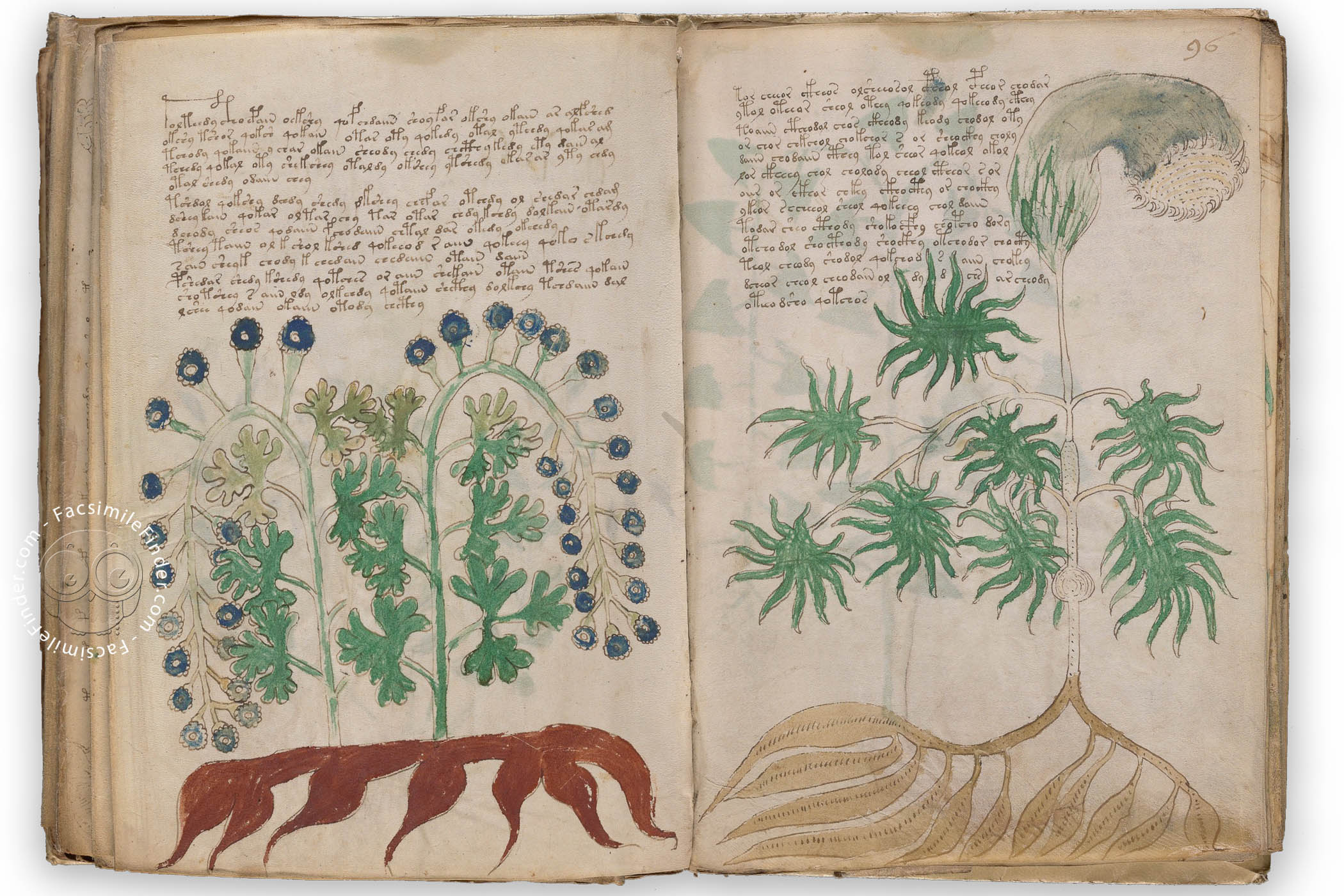 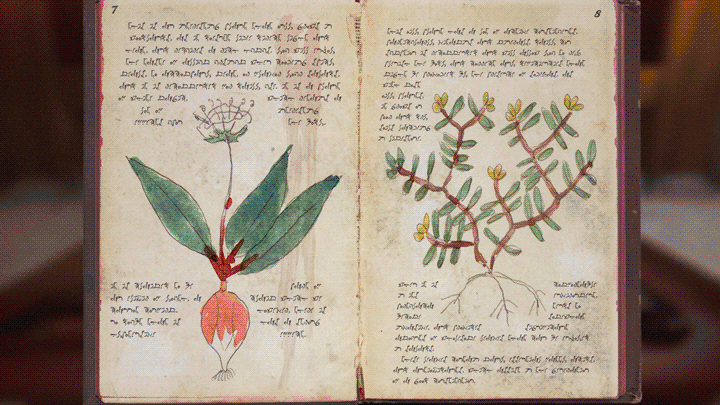 With Boinihi, I first wanted to make a short game for a change, easier than ASA and Catyph to try to make it accessible to more people. I decided to work with the Adventure Maker game engine, in an old-fashioned style ( = low resolution, 256 colors… something like Riven). I used to love the Adventure Maker engine and I really wanted to play with it again (it is still true today but it’s become more complicated technically speaking to release a project with it). It was the engine that gave birth to ASA (before ASA Remastered) and without it I wouldn’t be here today.

Screenshot of Riven: The sequel to Myst: 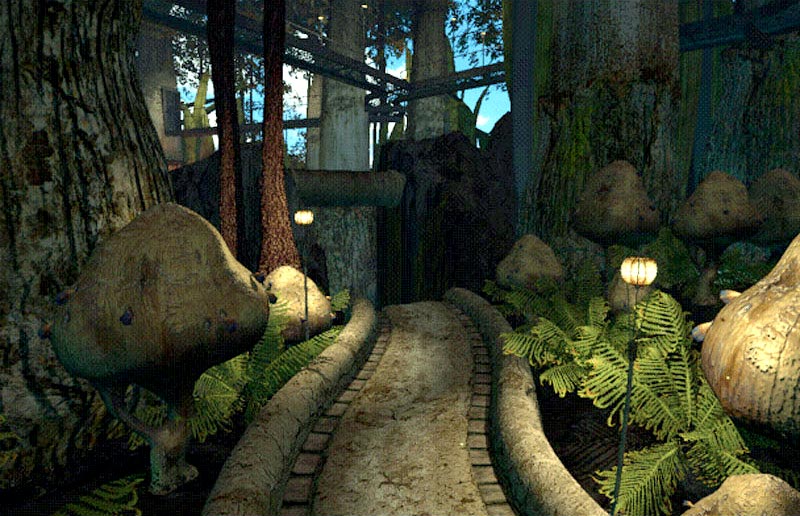 Project Boïnihi was born, and thought as a new 1st-person adventure in the spirit of ASA and Catyph before. Something that I would create for the fun, on a short period of time.

One of the early views of Boinihi in 256 colors and low resolution: 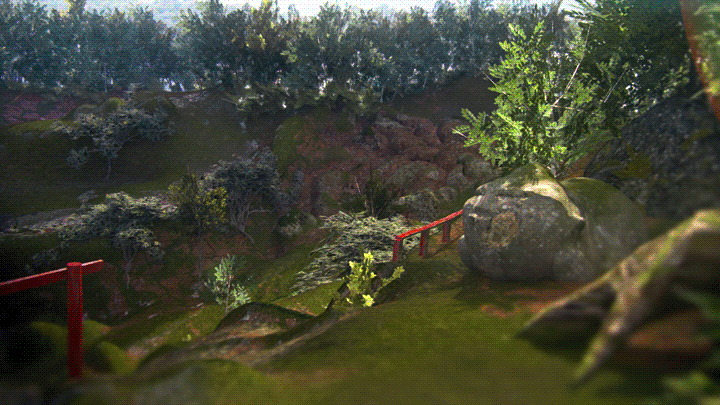 While working on it, I saw that the game had more potential that I first thought, and, as I was trying new techniques to work on making textures for my 3d models, I decided to try to import them into the Unity 3D engine. Boïnihi was, for a while, my first real-time attempt of a full 3D project (long before Myha: Return to the Lost Island).

This is what the game looked like in my Unity quick test: 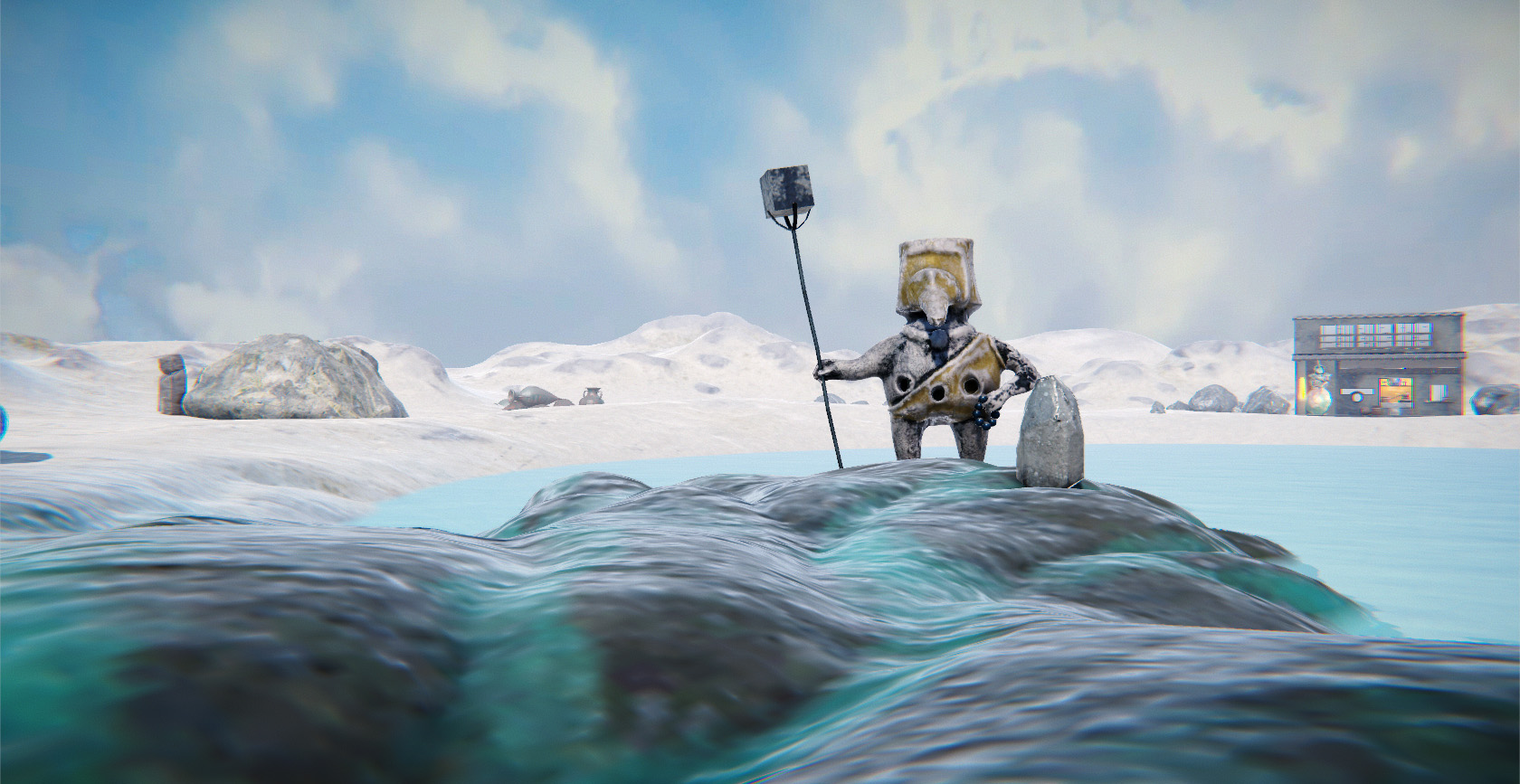 But I didn’t have the skills necessary to program the puzzles in Unity, it’s quite complicated if you are not a confirmed programmer (I’m a 3D creator more than a coder/scripter) and I quickly gave up with the idea of using Unity.

I went back to my first idea of making a game in 2D (using prerendered 3d graphics as usual), because I master the tools, but with time passing I didn’t want to use Adventure Maker anymore: it was more and more abandoned by its developer, unfortunately (today you can’t even buy it). So I decided to go back to the Visionaire Studio engine (the engine I used to make ASA Remastered and Catyph), knowing however that the development would take much longer and that I was starting a more ambitious project as a result. But I know I took the good decision at that time. Perhaps there will be another time in the future for Unity, we will see...

You can read part of this story in another article I wrote in the end of 2017:
https://www.indiedb.com/games/bonihi-the-ki-codex/news/evolution-of-the-project

Evolution of the project with the use of Visionaire Studio (still a 1st-person game in 2d at that time): 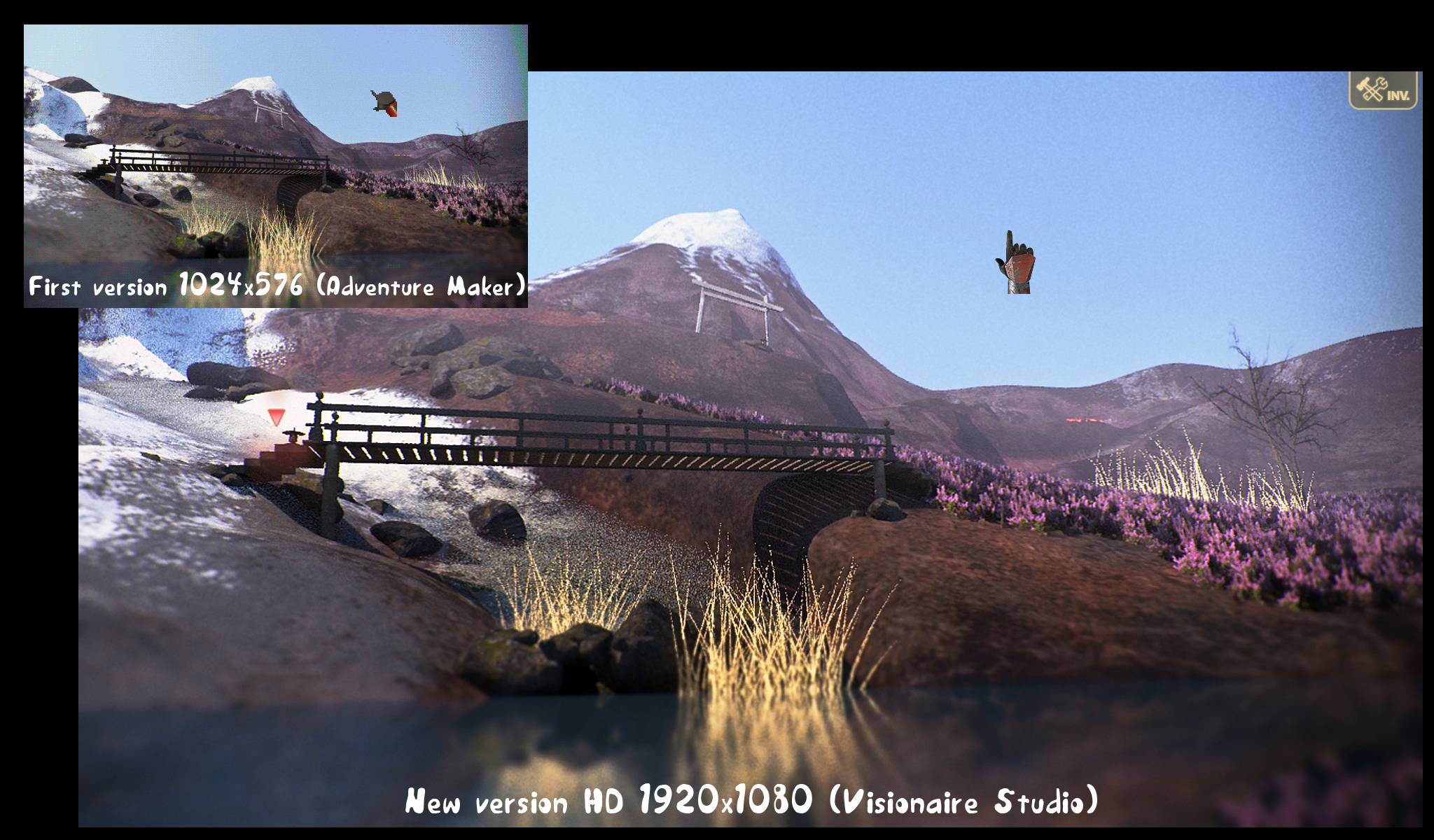 Project BoÏnihi was progressing slowly but well in 2017, but then 2 major things happened in my life. First, Denis contacted me to work on a full3D remake of Myha, and it was great, so we did the Kickstarter campaign in November 2017, which kept me busy, and we worked on the game until the release in 2019. And next to this, my father became seriously ill in February 2018 and stayed at the hospital during several weeks, until he was diagnosed with a brain tumor and passed away in the end of 2018. 2018 has been a very though year, both exciting with Myha, and terrible with the desease of my dad. As a result Boïnihi was paused and I didn’t work on it before a long long time. All my plans would be changed again! Fate?

Screenshot from Myha: Return to the Lost Island (Unreal Engine 4 with Denis Martin): 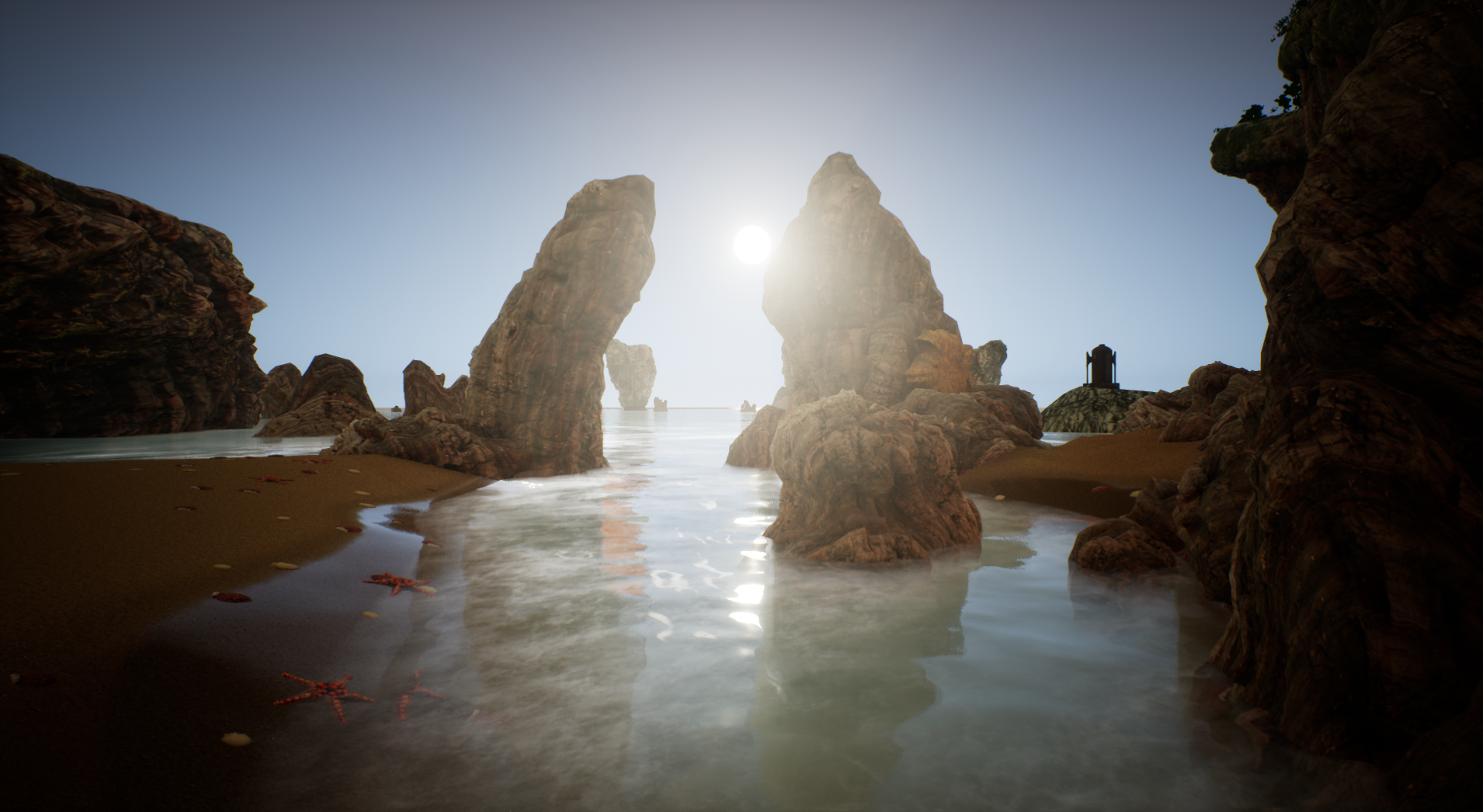 One thing led to another and I went back to work on Boïnihi later in 2019 after the release of Myha. In the meantime I had learned how to use 3D characters in Visionaire Studio (you can see Adventure Jam 2019 on GameJolt with my short game My Village is Magical). Then another short game, Eoin’s Quest (Icehouse Jam 2019 on itchio), confirmed my interest in games where you can control a character, and I’ve completely redesigned Boïnihi in the last few months, so that you can finally play with the astronaut. 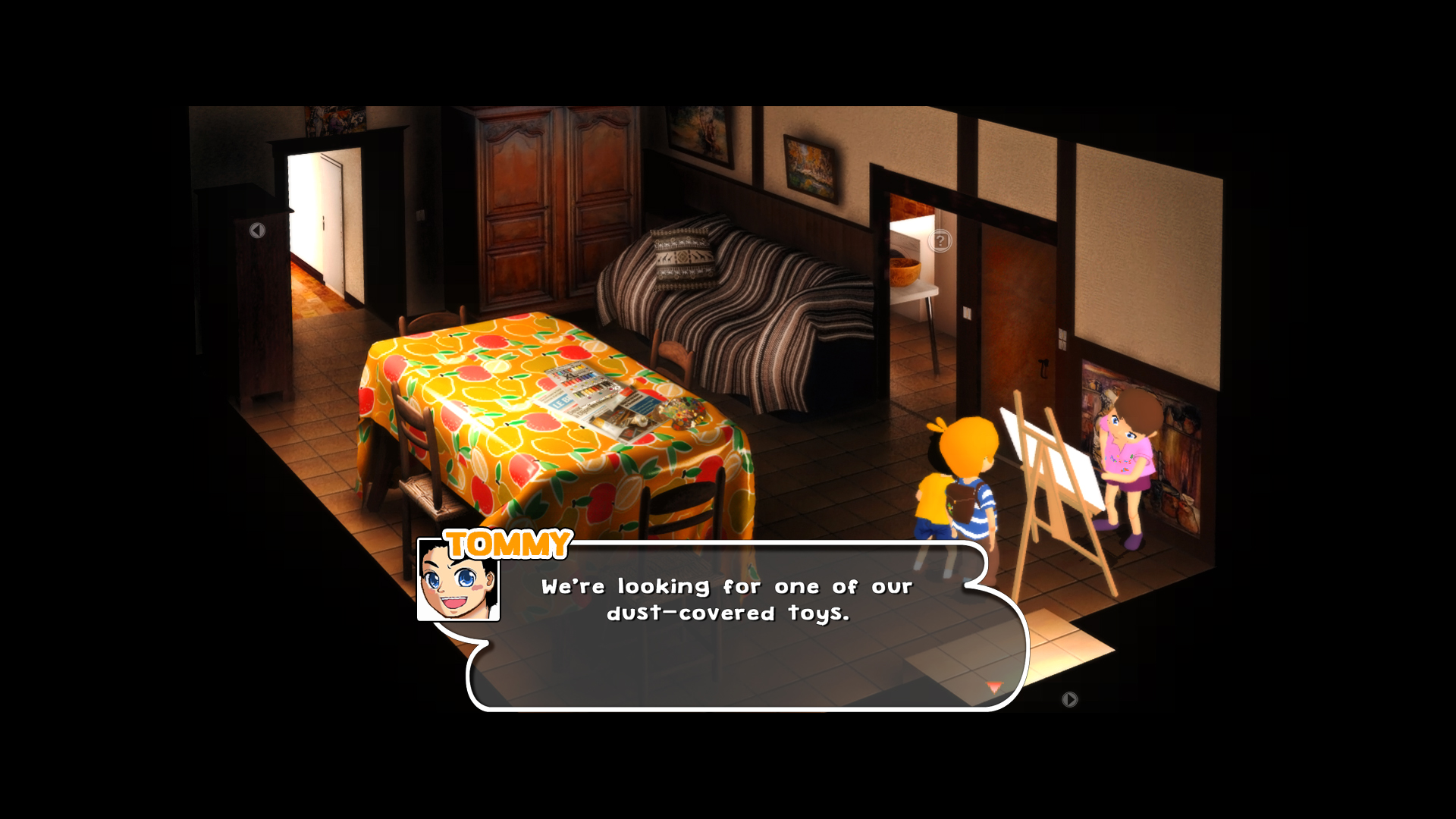 However, I love Myst-like adventure, and I didn’t want to remove the spirit of it from Boinihi (I’m still a huge fan of Riven and very impressed by it, everytime I look at it). That’s why the game became a hybrid project between 1st person (Myst-like) and 3rd person (Syberia for example). 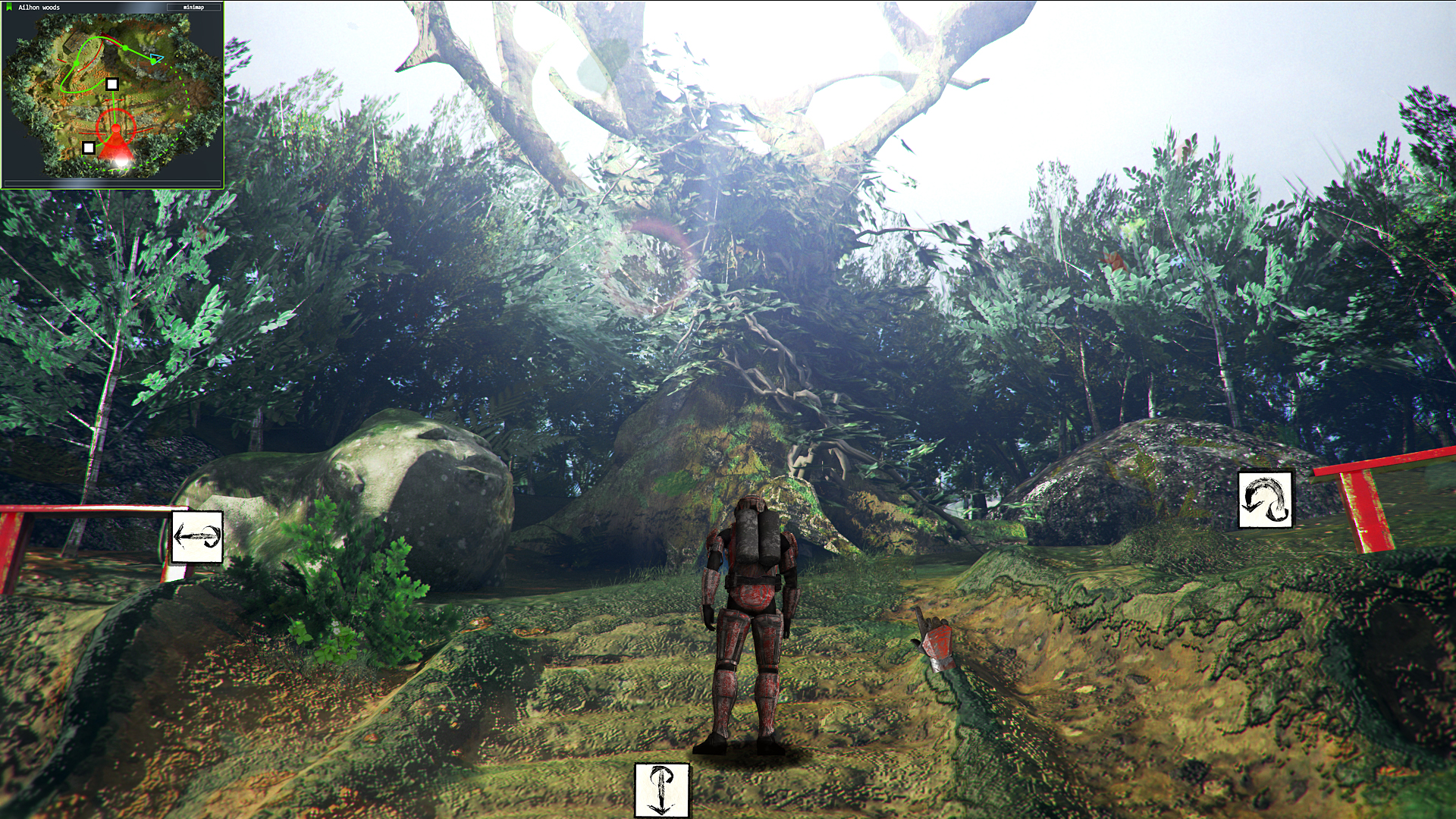 I’m currently satisfied with this result, even if the game is not perfect of course! And I know that some people will not be happy because playing with the keyboard is mandatory to move the character (like in Grim Fandango). But I'm confident and we will see what happens now after the release and what you think of the game.

Boïnihi will be different from my previous games, shorter, and I know that not everyone will like it, but since my games sales are low in general, I think that I have to try to take it as an opportunity to experiment new things - while trying to please the fans at the same time. And who knows, maybe you’ll be pleasantly surprised? That’s what I hope!

Anyway, that explains the huge development time over 4 years, for a game that is finally less long and less difficult than my first games ASA and Catyph. But not less ambitious. I hope that the result will make you curious!

You can also take a look at this other article, telling how I created the regions of Boïnihi:
https://www.indiedb.com/games/bonihi-the-ki-codex/tutorials/how-i-create-the-regions-of-my-myst-like-game-bonihi

Thanks for reading!
- Simon Mesnard

An exiled Talifan hermit has left a mysterious Codex for his future visitors. Inspired by the famous Voynich manuscript.